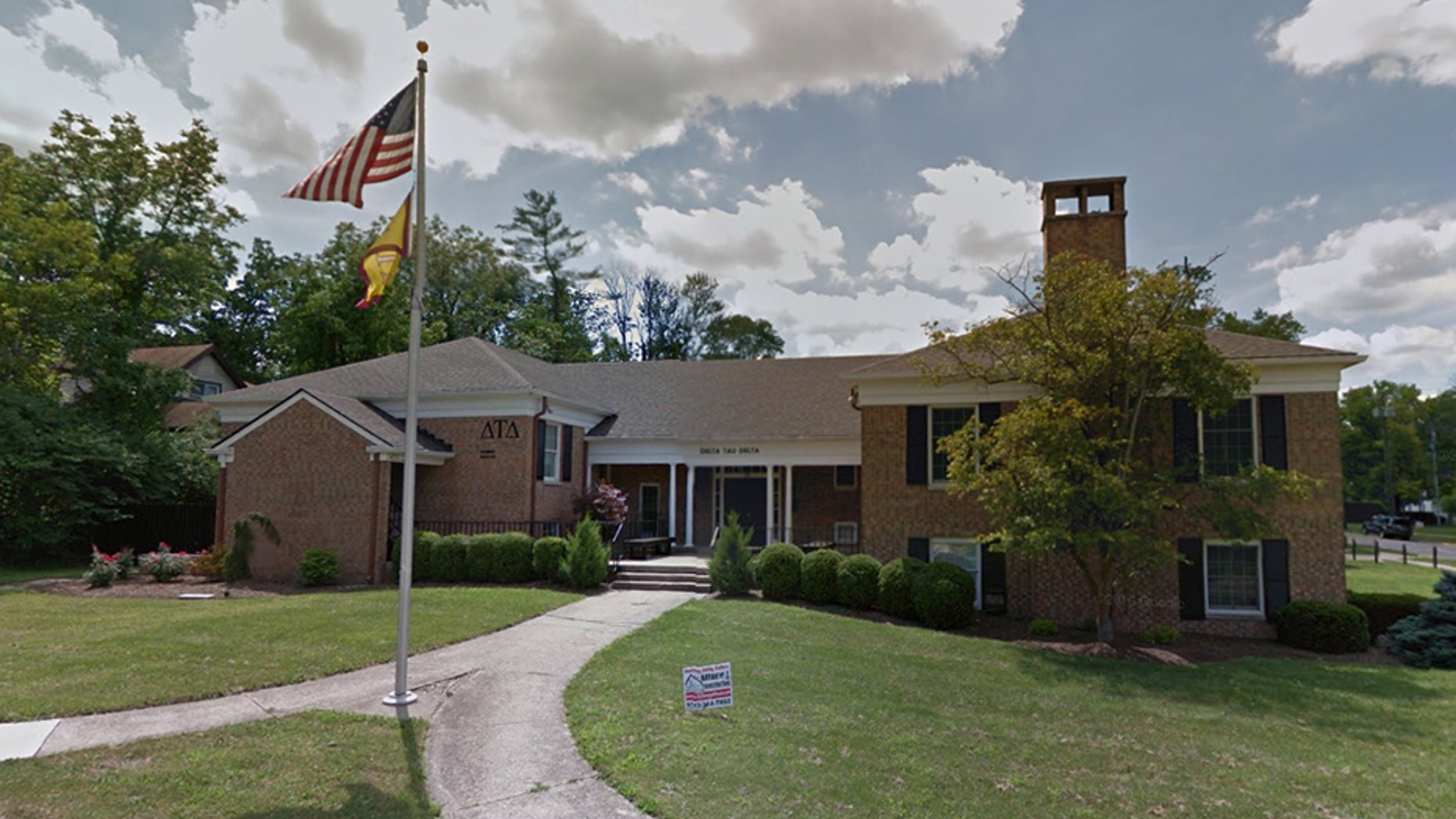 Students reportedly have been given until Monday to move out of the Delta Tau Delta fraternity house near the Miami University campus in Oxford, Ohio. (Google Maps)

After a five-hour ordeal during which he was reportedly forced to drink large amounts of alcohol and was beaten with a paddle that had "spikes and grooves," a student pledging a fraternity at Miami University in Ohio says he pleaded with a member: “call 911, I feel like I’m going to die.”

Details of the alleged hazing incident at the Delta Tau Delta fraternity house emerged this week as the school ordered the frat's members to move out of the building where the alleged hazing ritual was held by Monday, according to the Dayton Daily News. The fraternity was suspended last Friday and the incident is said to have happened March 16.

“I was blindfolded alongside 24 other pledges and we all waited in a room for about 1.5 hours while very scary music was playing,” the student wrote in a report filed with the university and later released through a public records request.

The student – who has not been identified -- said he was summoned to the fraternity house for a “mandatory event” that ended up turning into a “hazing ritual,” the report says.

While at the house, the pledge claims he was forced to drink large amounts of alcohol and smoke marijuana before being kicked and spit on by fraternity members.

The student also said he received a “paddling leading to bruising and cuts with a paddle with spikes and grooves hitting me 15 times on the buttocks,” the Dayton Daily News reported.

At one point, the student says the pledges were taken to separate rooms to be hit “more and more with wooden paddles."

“[I] told [redacted] within 5 minutes of being there ‘call 911 I feel like I’m going to die,’” the student reportedly wrote.

He said the ordeal ended after someone did call 911 and he was removed from the home on a stretcher. The student says he then spent around 7 hours at a local hospital with a blood alcohol content level of .231 – nearly three times over the legal limit.

University President Gregory Crawford, in an email to the campus community, said “the contents of this report are brutal and deplorable, and have brought us to a tipping point on this campus,” the Miami Student newspaper reported.

The alleged incident is still under investigation by the school.